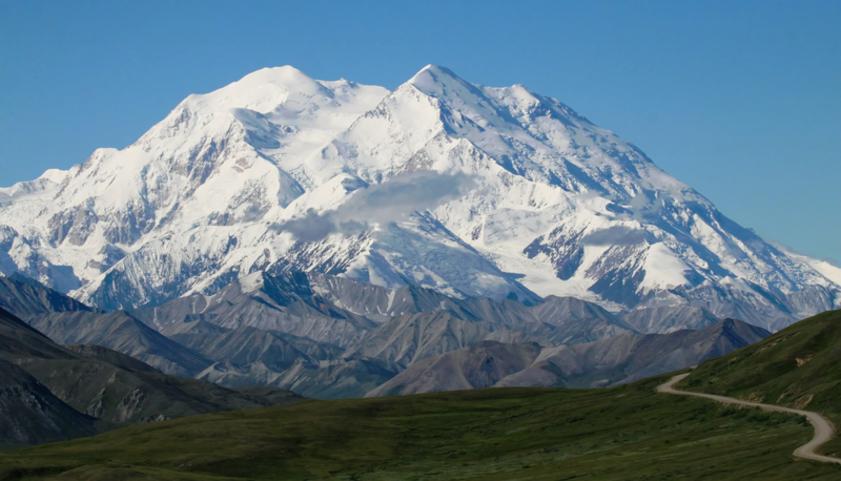 ​​5) How much does Mega Travel Photo Gallery cost?

The current bargain price, which may be raised at any time, is just $29.99.  This price includes not only 2,093 gorgeous photos of the best scenery the United States and Canada have to offer, but also the aforementioned 178 state maps, 144 of which have been modified to highlight counties, parishes and boroughs included in the scenic intrastate regions.   I have also included 14 Canadian provincial maps, five of them similarly modified to illustrate the location of scenic intraprovincial regions.  The superb imagery included in the geographically extensive Mega Travel Photo Gallery product should provide you with countless hours of enjoyment as well as travel ideas for many years to come. 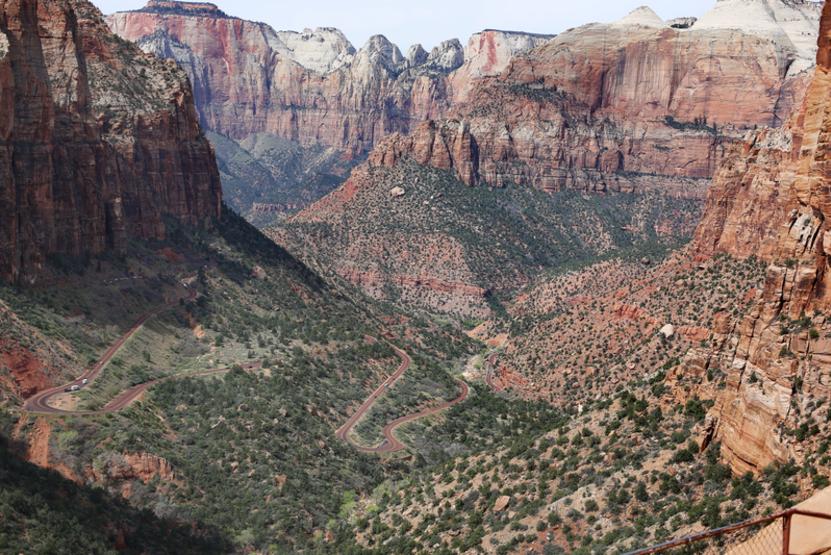 Trinity Alps Wilderness with Mt. Shasta in background, as seen from Pacific Crest Trail.  The Trinity Alps are located in Upstate California, not too far from either Oregon or the Pacific Ocean. 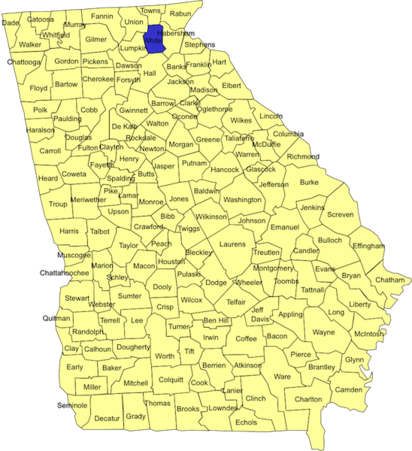 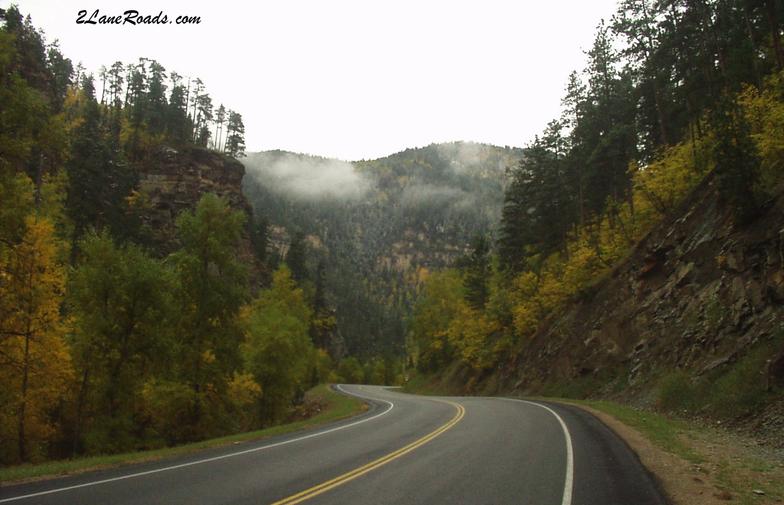 CAPTION:  The Cabot Trail winds, twists, dips, and climbs its way along the side of a rugged headland overlooking the blue waters of the Gulf of St. Lawrence in Nova Scotia's Cape Breton Highlands National Park.

CAPTION:  With an elevation of 20,322 feet, the summit of Denali is the highest point in North America...MEGA TRAVEL PHOTO GALLERY INCLUDES AN ADDITIONAL 83 AMAZING ALASKA IMAGES. 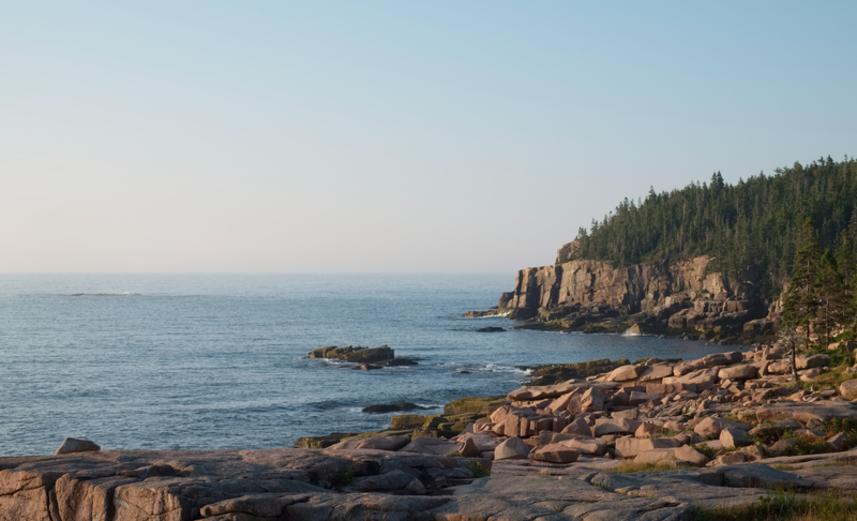 A cruise ship passes the Porcupine Islands in Frenchman Bay in Acadia National Park, located in Down East Maine. 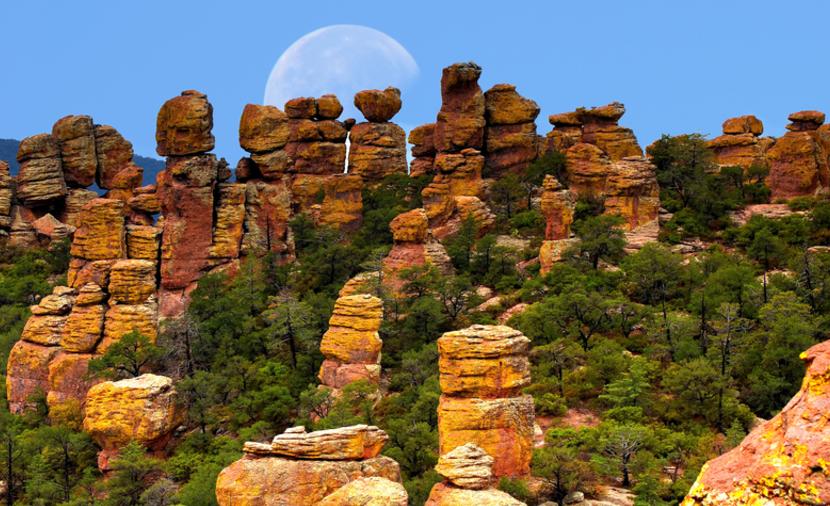 CAPTION:  The rugged Nā Pali coast on the northwest coast of Kauai as viewed from a helicopter...25 PHENOMENAL IMAGES OF HAWAII ARE INCLUDED IN MEGA TRAVEL PHOTO GALLERY.

The United States and Canada are both blessed with such features as shining lake shores and coastlines, towering mountains, vast deserts, extensive forests, scenic highways, attractive towns and cities, and the simple beauty of ample open land.  Thus, my current project is entitled "Mega Travel Photo Gallery:  2,093 Stunning Images of the Most Scenic Places in the United States and Canada."  The scenic images included in Mega Travel Photo Gallery cover all 50 US states and nine Canadian provinces.  While many Images in Mega Travel Photo Gallery are of well-known places, there also are plenty of images of scenic locales that are rather unknown outside of their respective home states and provinces. 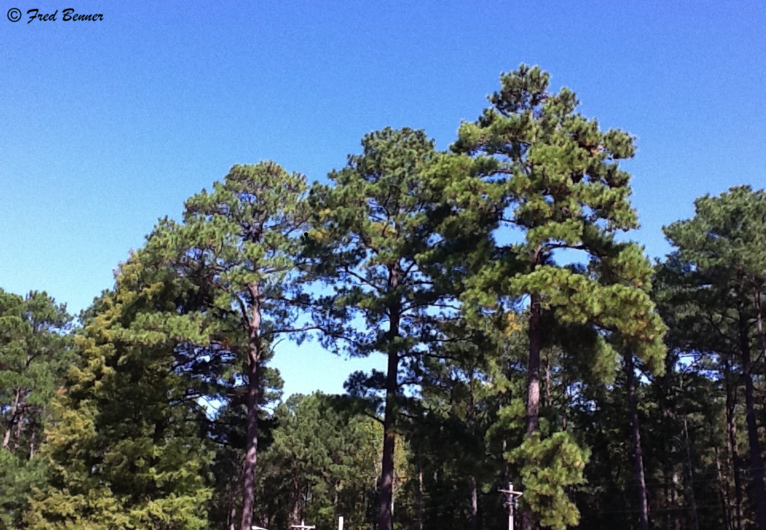 2) How long will I be able to access Mega Travel Photo Gallery once I have made my purchase?

​
3) What is the source of the images in Mega Travel Photo Gallery?

Next, I tackled the formidable task of organizing the slew of chosen images.  I grouped images together by US county as well as into scenic intrastate regions and intraprovincial regions.  I then geographically arranged the images within each grouping from north to south and east to west.  I also added maps to illustrate the location of the various groupings of images within each US state and nine Canadian provinces. 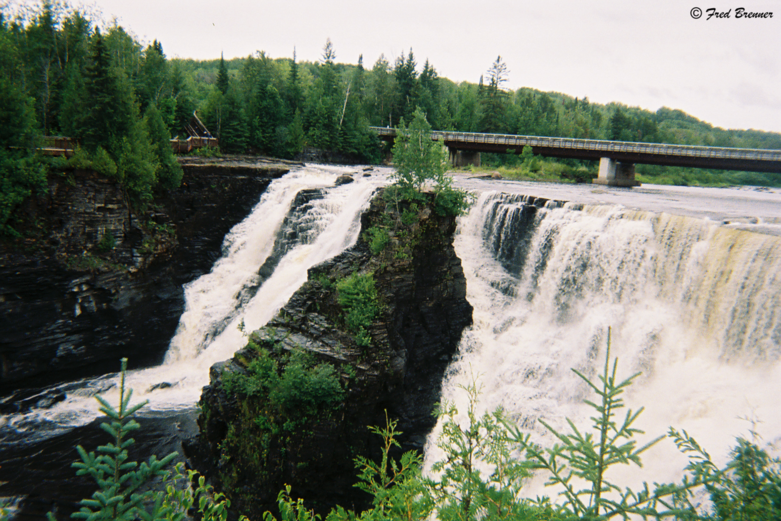 Click the following PayPal BuyNow button to purchase "Mega Travel Photo Gallery:  2,093 Stunning Images of the Most Scenic Places in the United States and Canada" for only $29.99.

My purchase of the royalty free stock photos has allowed me to display the selected images at a large enough size for each image to be properly viewed and appreciated.  The above royalty free stock image of Yosemite National Park (approximately 800 pixels X 500 pixels) is representative of the size and sharpness of the overwhelming majority of images included in the Mega Travel Photo Gallery product.  There is no need to click on tiny thumbnails in Mega Travel Photo Gallery to view larger images:  the images already are large as long as viewed on desktops, laptops, and tablets.  And though the images appear much smaller on smartphones, they are viewable on those devices as well.

4) What is the best way to view Mega Travel Photo Gallery?

Mega Travel Photo Gallery is most optimally viewed on desktop and laptop computers.  However, Mega Travel Photo Gallery is divided into 74 sections (66 US sections covering all 50 states + 8 Canadian sections) so that sections covering individual states and Canadian provinces/regions will load quickly, even on mobile devices.   Images usually download quickly on mobile devices, especially if one is using Safari, the best mobile browser bar none.  However, due to the inherent processing limitations of mobile devices, individual sections may load slower on a mobile device than on a desktop or a laptop with a high-speed internet connection.  With some mobile devices, depending on the mobile browser used and the slowness of the wifi connection, it is possible that none of the images in a section will load at all.  Thus,  I do not recommend a mobile device as your only means of accessing Mega Travel Photo Gallery.  Finally, access to a combination of online and print maps such as Google Maps and a paper Rand McNally road atlas, is recommended in order to pinpoint the various scenic routes, towns, state parks, national parks, national forests, and other landmarks and points of interest depicted or referenced within Mega Travel Photo Gallery.   ​

The extensive Mega Travel Photo Gallery is scenically, topographically, and geographically diverse, depicting exquisite scenes of towering mountains, vast deserts, seemingly endless forests in both summer and autumn colors, and gleaming blue lake shores and ocean coastlines.  You will no doubt discover many places worthy of a visit.

autumnal foliage along the Million Dollar Highway, a moniker for the approximately 25-mile segment of US 550 between Silverton and Ouray, Colorado 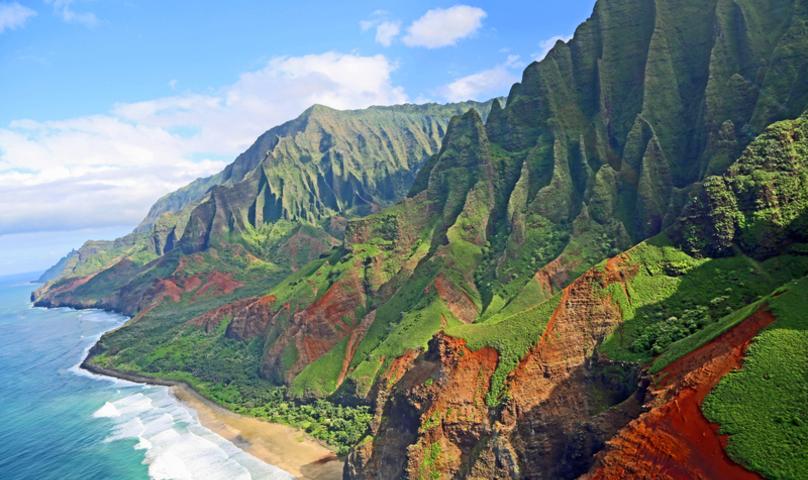 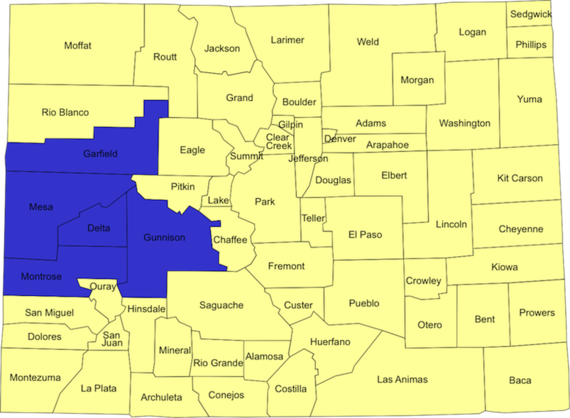 In my case, the die was cast early: I have been fascinated by road travel for as long as I can remember.  Growing up just north of Chicago, I spent much of my childhood studying road atlases and road maps, planning out US and Canadian routes that I would one day explore.  I have loved the open road since my earliest family road trips.  Those first trips were to Illinois and Wisconsin attractions within a few hours’ drive of my earliest boyhood home. Those destinations included Wisconsin Dells as well as Abraham Lincoln’s home and gravesite in Springfield, Illinois.  Family road trips later expanded to include sections of Florida, California, upstate New York, and Vermont.  Additional early travels included forays into:  Minnesota; Ontario, Canada; and the particularly gorgeous Piney Woods of the South. 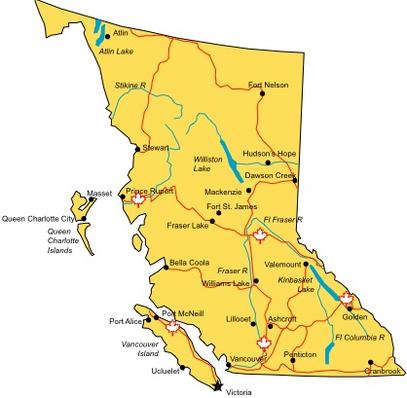 The following is a list of the 74 clickable sections included in Mega Travel Photo Gallery.  The numbers within parentheses indicate the number of images included in each section. 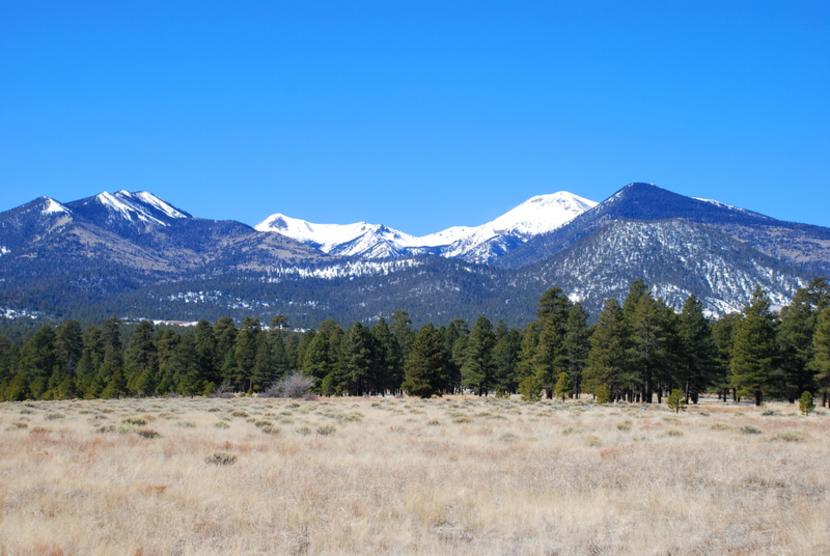 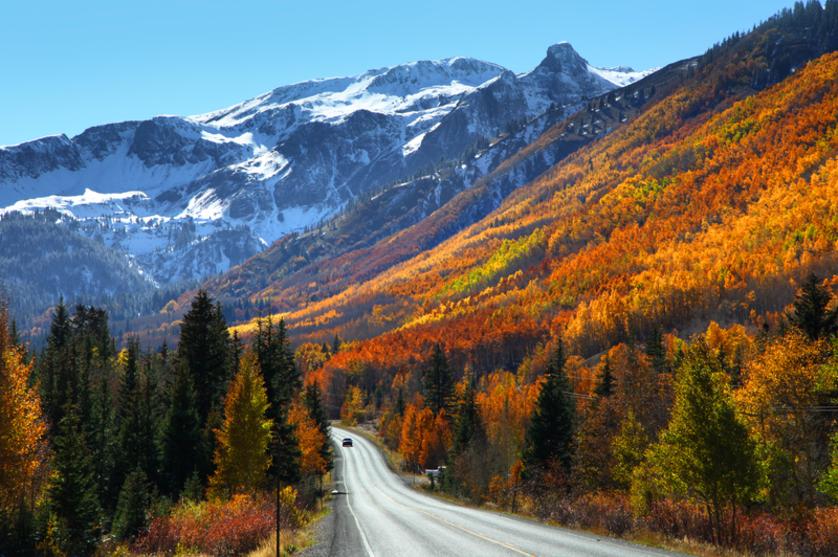 CAPTION:  Tofino panoramic view.  Tofino, British Columbia, is situated at the northwestern tip of Pacific Rim National Park just north of Ucluelet.  Tofino is reachable by road from eastern Vancouver Island by traversing the spectacular Vancouver Island Ranges via British Columbia 4...MEGA TRAVEL PHOTO GALLERY INCLUDES 40 ADDITIONAL IMAGES OF BREATHTAKING VANCOUVER ISLAND.
​
FAQ's:
1) Why should I consider purchasing Mega Travel Photo Gallery when I can browse through a wide variety of travel publications at my local bookstore or online mega-retailer, or simply use search engines to find images of various geographic locations?

Please realize that there are many quality niche products that have been created by hard-working individuals like myself that are not sold at brick-and-mortar stores or online mega-retailers, but may be purchased only from the creator himself. Also, the images of specific geographic locations included in Mega Travel Photo Gallery are usually far superior than free images of the same location found on search engines and even the images included in most printed travel guidebooks. 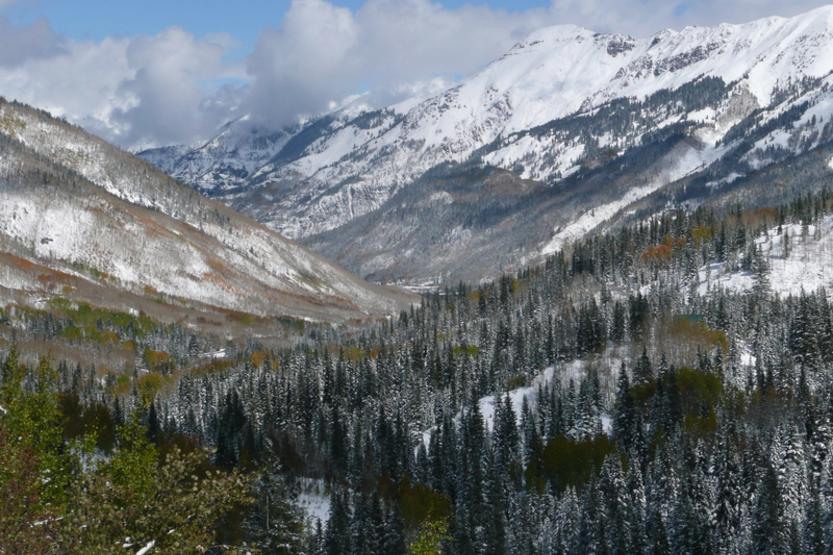 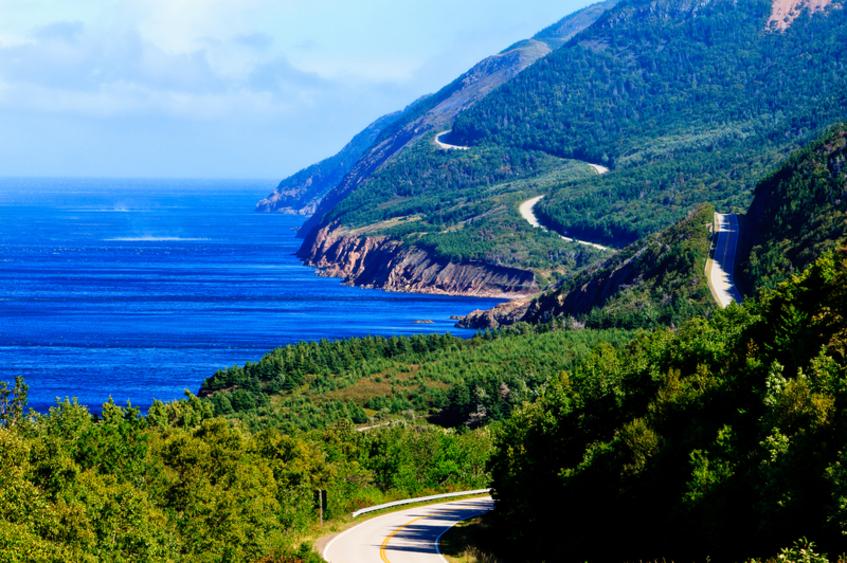 CAPTION:  Fred Brenner on the road.  In the nearly 40 years since my travels began, I have enjoyed magnificent scenery in all fifty US states and in a majority of Canada's provinces by traveling upon scenic rural two-lane backroads. 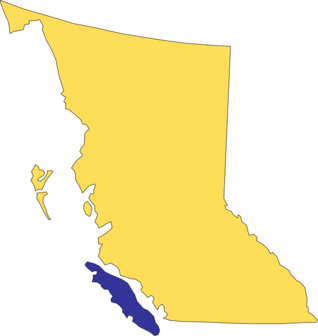 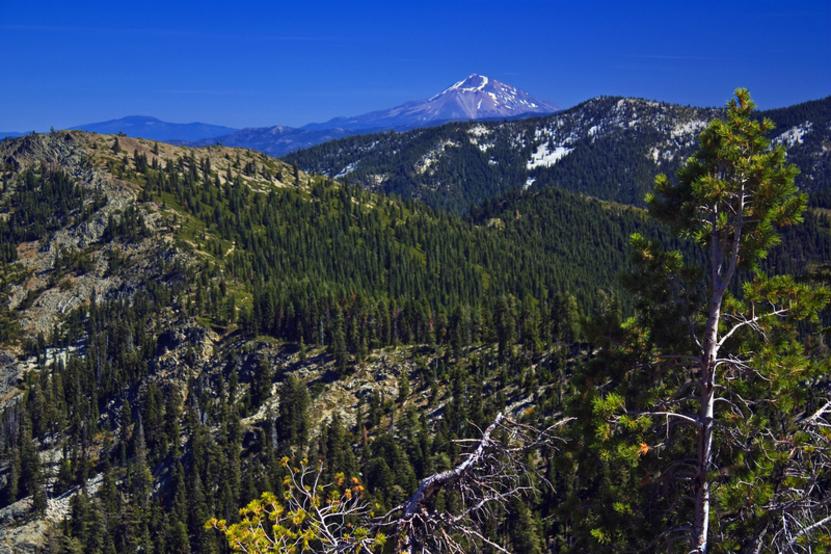 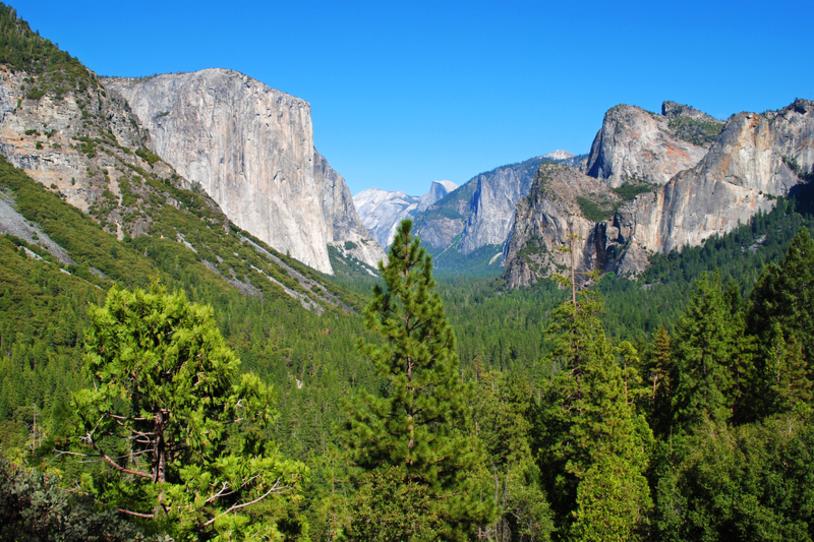 CAPTION:  US Alt. 14, also known as Spearfish Canyon Scenic Byway, is located in the Northern Black Hills of South Dakota.   Many more such gorgeous photos are included in "Mega Travel Photo Gallery:  2,093 Stunning Images of the Most Scenic Places in the United States and Canada," available for purchase on the bottom of this page.​

In the second decade of the 21st century, the road trip remains the most popular form of travel in the United States and Canada.  There are two kinds of road trippers: the interstate highway people and the two-lane backroads travelers.  The latter are spending less money and having more fun.  Backroads travel is adventuresome, relaxing, and enjoyable.  Most backroads explorers find the wide open spaces and constantly changing scenery on rural two-lane roads to be a welcome break from the usual urban/suburban routine.  I, Fred Brenner, have an obsession with traveling on scenic two-lane roads such as magnificent Spearfish Canyon Scenic Byway (US Alt. 14), depicted in the above photo that I shot.  ​​​

Thank you for contacting us! If needed, you will hear back within 48-72 hours. 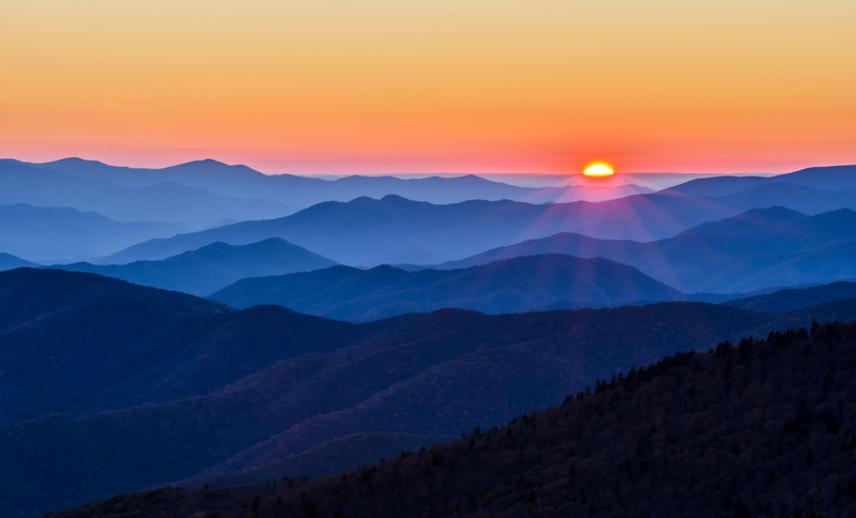 Acadia National Park is known for its granite cliffs and sizable boulders along its rocky Atlantic shores. 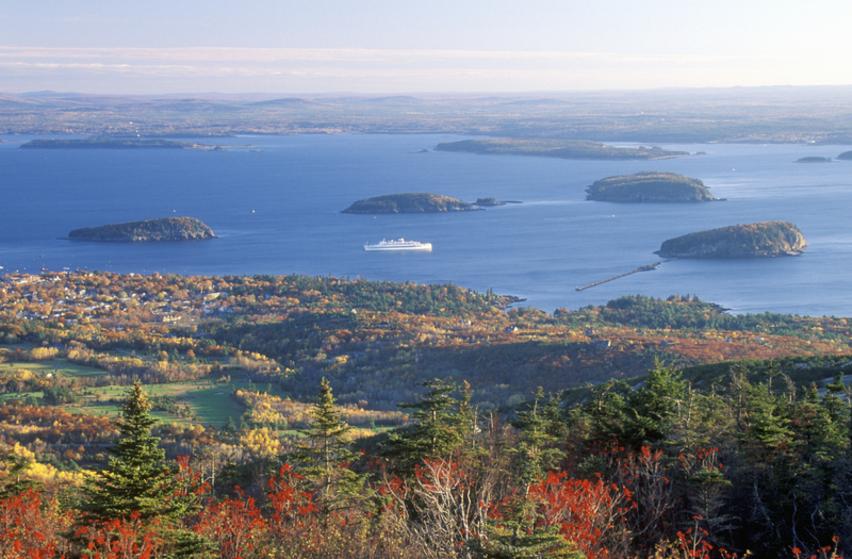 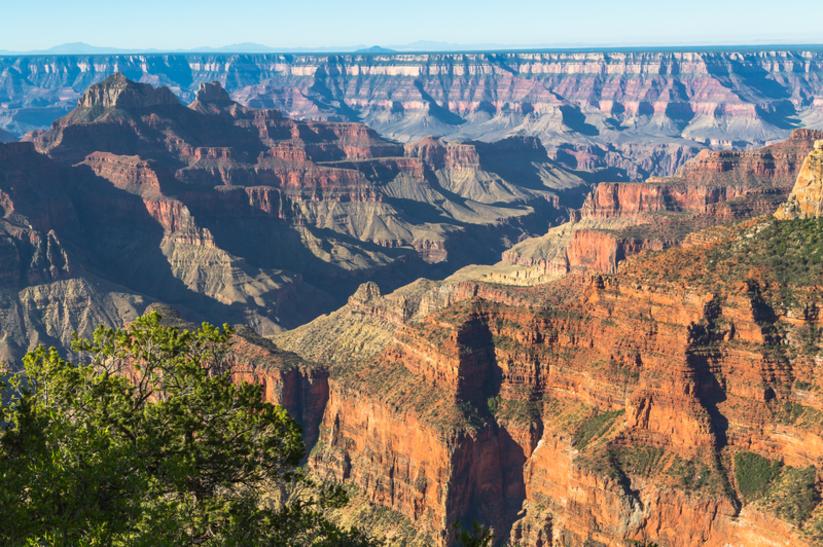 CAPTION:  A tall stand of majestic loblolly pines in southern Maryland.  The Piney Woods stretch across the South from the Delmarva Peninsula all the way west to Oklahoma and Texas.  [NOTE:  Along with informative captions, selected images in Mega Travel Photo Gallery also contain links to webpages located on external websites for further information.]

​I have been a travel writer and photographer for many years now.  A highlight of my early career was the field research, writing, self-publishing, marketing, and selling of a printed Special Report entitled “The 45 Most Scenic Two-Lane Roads in the United States and Canada.”  The publication of this work was heralded by feature profile articles in the Chicago-area press regarding my extensive travels and my flair for travel writing.  This talent has been built upon upon a bedrock of firsthand geographic knowledge acquired through decades of exploratory travels, as well as research and writing skills finely honed during four years of rigorous college coursework.  After graduation, I developed my niche in crafting words and images about scenic rural backroads and off-the-beaten-path places throughout the United States and Canada.